The return to the court for the Garden City High School girls and boys basketball teams resulted in a split of their non-conference games on Friday, Jan. 3, in home contests with Junction City.

The Lady Buffs rolled to a convincing 68-23 victory over the visiting Bluejays while the boys fell behind by a big margin after three quarters only to see a late rally come up short in a 49-41 loss to the Junction City boys. Both girls and boys team sport 4-2 season records and they will open Western Athletic Conference action on Friday, Jan. 10, against Great Bend with tipoff for the girls set for 6 p.m. and the boys to follow at approximately 7:30 p.m.

It didn’t take long for the Lady Buffaloes to exert their dominance over the out-gunned Junction City Lady Bluejays.

With 10 players scoring, and five of them putting between 6 and 9 points in the book, the Lady Buffs were never challenged.

Senior Nateara Beasley led the parade with 12 points, including a trio of 3-point baskets while Amaya Gallegos and Symone Simmons followed with 9 points each. Julie Calzonetti and Aileen Becerril were next with 8 apiece. 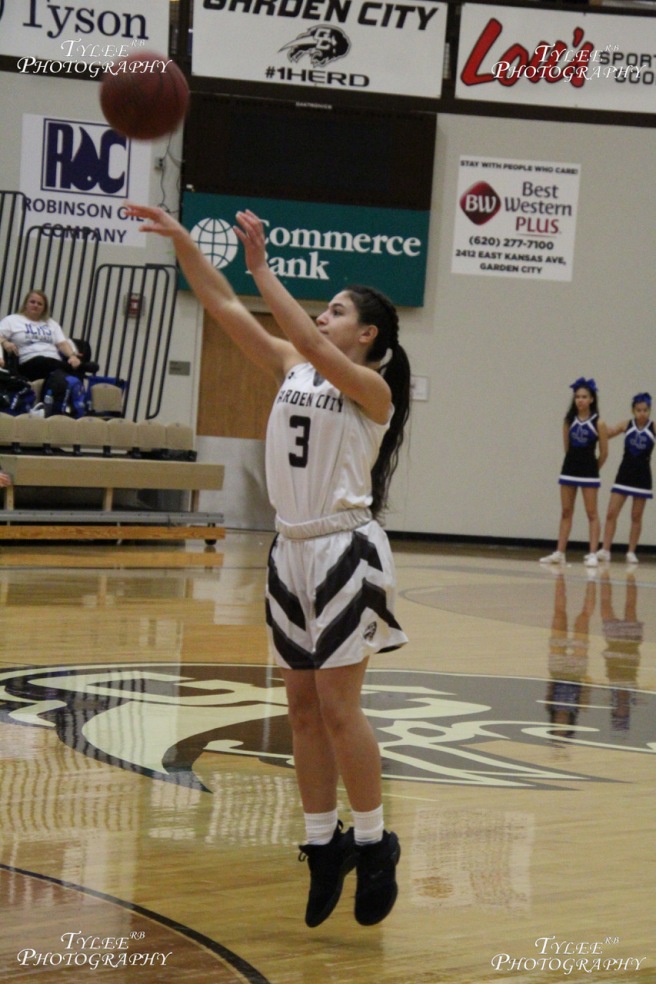 The Lady Buffs jumped out to a 17-5 lead after one quarter and by halftime had expanded it to 43-6 after a 26-1 explosion in the 8-minute stanza. At the end of 3 quarters, the score expanded to 59-15. Even playing reserves most the final quarter, the Buffs outscored Junction City 9-8 to close out the game.

One season earlier, the Garden City Buffaloes boys basketball team had traveled to Junction City to play their final 2018 game prior to the holiday break with an unbeaten record.

That ended on the Bluejays’ home court and a year later, the Bluejays visited The Garden for the first game of the 2020 portion of the schedule after the holiday break.

The Jan. 3 result was the same, except with a different script, as the Buffs trailed from early on and despite a furious fourth-quarter in which they scored 26 points, still came up on the short end of a 49-41 score.

Offensively, the Buffs struggled most of the night, especially the first three quarters when they trailed 11-5, 22-9 and 41-15. Only a 26-8 outburst in the final eight minutes made the game respectable. 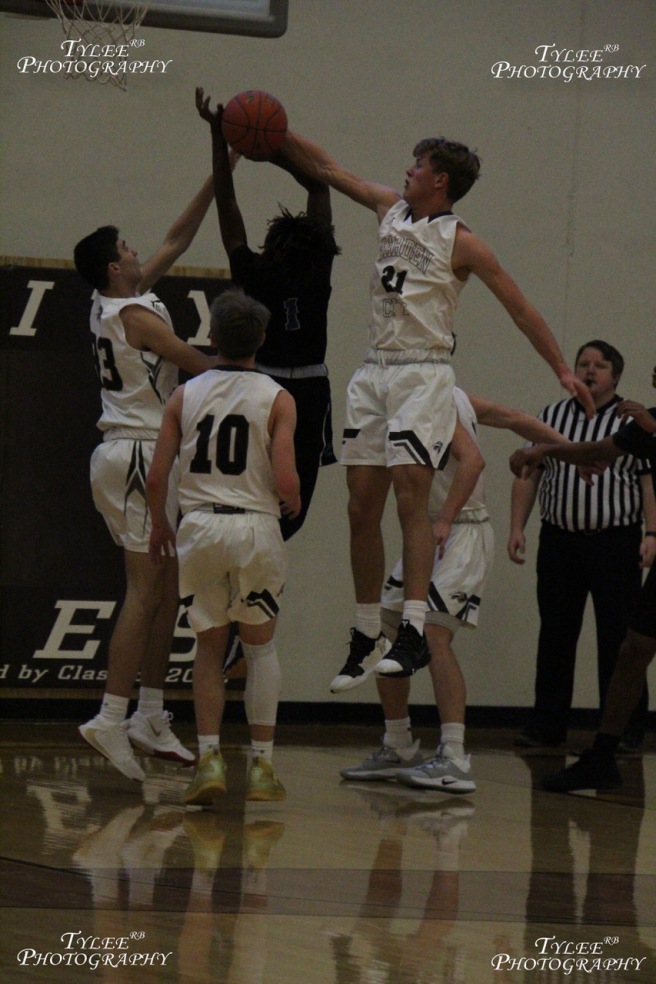 The team barely hit more than 25 percent of its field goals in the first three quarters only to see them blister the nets with a 10-for-11 effort in the final quarter.

No player reached double figures for the Buffs, with freshman Caleb Wiese and sophomore Aaron Guevara topping the scoring with 8 points each. Isaac Flores followed with 7.