Note: This is one in a series of profiles highlighting some of Garden City High School’s senior spring athletes, who had their final year of athletics canceled due to the COVID-19 virus outbreak.

Kaylee Bridges knows what it feels like to be without a sport in which to compete.

In the fall of her junior season at Garden City High School, Bridges suffered an Achilles injury that sidelined her for six months to recover just in time for the spring 2019 track and field season.

“I took five classes for this spring, but I could have graduated at semester,” said Bridges in a telephone interview recently. “I took the extra classes for the Kansas Scholars (Program) and I had to take 5 classes to be eligible for track.”

In her off-season training, Bridges had worked hard to return to the form that had seen her clear 9-06 at a winter meet in Las Vegas, Nev., which bettered her high school top height of 9-00.

“I was just feeling like I had 10-00 in my sights for my senior year,” Bridges said. “Everything was starting to fall into place, with my approach, and getting up on the pole and being able to clear and then push away (from the bar).”

Bridges recalls the day she found out about the spring sports season being canceled due to the COVID-19 outbreak.

“I had just gotten to my boyfriend’s house and his dad said something about the decision,” she said. “I said something like, ‘O Wow!’ I was pretty upset. It’s just been so different. I’m so done with (high ) school. We are doing classes online, but it feels like it’s kind of over with. I never really got to say goodbye to my classmates or teachers and that’s kind of sad.”

Bridges says she remembers clearly that last day of classes before spring break started (the week of March 16).

“Everything just seemed normal,” she said. “We knew we’d have the break but then come back and start getting ready for the track season.”

By now, the Buffaloes track team would have competed in one meet and then the weekly grind of 1-2 meets per week. There will be no final appearance at Buffalo Stadium during the GCHS Invite in early May, no WAC Championship at Dodge City or Class 6A regional or state competition. 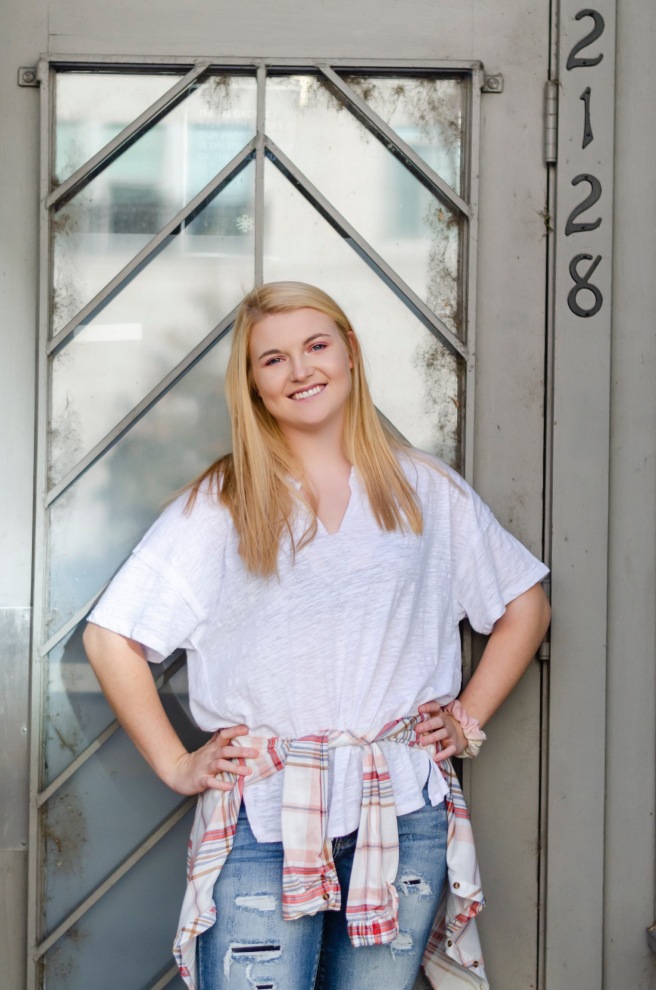 “Kaylee and the other seniors are the ones that you just feel (sorry) for,” said GCHS track Coach Brian Hill. “She had worked so hard and was improving and I could see great things for her this season. It’s just tough because you never get this chance. There are no do overs.”

Bridges also lamented the loss of Prom in her senior year, but said she was happy she had the experience of attending her junior year.

“Luckily I went last year, so I at least know what the experience was like,” she said. Bridges said there are faint hopes that the school might reschedule Prom if it can be held in June.

Prior to the start of the 2020 season, Bridges and her teammates had been going through all the conditioning drills to prepare, but had not actually vaulted.

“We were going to set up the pits over spring break,” Bridges said. “Practices were going pretty good and the drills were nice to do. I wanted to push myself this season to be the best I could be because I won’t be competing in college. I wanted to make it one of the best seasons.”

Fully recovered from her Achilles injury, Bridges also was planning to return to the track for her sprint events – once again taking on the 100, 200 and the 4×100 relay.

“I wanted to medal at state,” said Bridges, recalling her participating on the 4×100 team as a sophomore at the state meet. “It was really fun to run with my teammates and it was something I was so excited to be able to do again.”

With regard to completing her class work, Bridges said she had a lot of faith in her teachers to help her and her classmates complete their curriculum and then to graduate.

“The teachers are great and I know they will set it up to allow us to work and complete our assignments,” she said. “They’re going to be available and you can contact them if you have questions. We’ll be able to do this quite frequently. Everything’s online. You just find your own time to do the homework. It doesn’t take a lot of your time and has given me some more time and I’m able to be flexible when I do the work.”

Bridges said she hadn’t spent a lot of time pondering the bigger picture of the spring semester, but did say she had a greater appreciation for her time in high school.

“This certainly was a different ending,” she said. “In the blink of an eye, it just seems like yesterday that I was a freshman and now I’m a senior and leaving. And I’m  leaving in the strangest way.”

While the recent events have changed her life and lifestyle, Bridges looks to the future with lots of enthusiasm and confidence.

“I’m going to stay here and attend Garden City Community College,” she said. “I’ll earn my business degree and then I want to start my own interior/exterior painting company.”

Her father is in the construction business and her parents also own the Hard Rock Lanes bowling alley, and Bridges said she doesn’t see herself venturing off to live and work anywhere else.

“I’ve lived here my entire life,” said Bridges, who has an older brother, Mickey, and younger sister, Holly, and younger brother, Derek. “I’ve spent a lot of time at home and we’re used to our parents being at Hard Rock. I’d go there and work there, too. We’ve had more family dinners, which has been kind of nice. It’s just sitting down with the family and hanging out. We’re watching movies together. We’re just trying to enjoy this time while we can before things get back to normal.”

For Bridges, the ending of her high school academic and athletic career has been anything but normal. But she’s adapted and made the best of the situation.